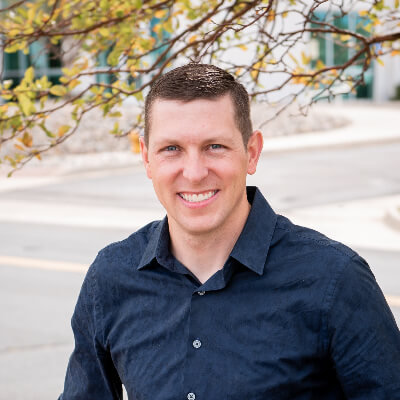 Dr. Watt never enjoyed reading growing up and school never came very easy to him. He saw his optometrist every year growing up, he never needed glasses and always had 20/20 vision. At the beginning of every school year he would rededicate himself to staying on top of the reading assignments given to him from his teachers. By the end of the first month of school he was behind in his reading assignments and deflated because once again he did not achieve his goal. Anytime that he would go to read or study he would typically fall asleep within 10-15 minutes of starting. These issues continued throughout middle school, high school, undergraduate, and halfway through optometry school.

It was in optometry school that he became aware that maybe it could be his eyes that were causing the problems with reading. During a class on binocular vision was the first time he saw a symptoms checklist that described much of what he experienced when reading. Right then and there he realized that he had an issue that had affected him through most of his life. At the age of twenty-six and halfway through optometry school he did vision therapy to correct the Convergence Insufficiency that he struggled with. It was right then when he committed to helping children and getting involved in vision therapy. No child should have to wait until they are twenty-six years old to resolve issues that can be corrected at a much earlier age. Dr. Watt is committed to helping children, so they do not have to struggle as he did.

Dr. Watt has been married to his high school sweetheart Ashley for over fifteen years. They have six children Kaitlyn, Jaxon, Jett, Charlotte, Caroline, and Jordan. They are busy keeping up with all the children’s activities, family fun time, coaching and enjoying the great outdoors of beautiful Colorado. Dr. Watt was born and Raised in Colorado and after being gone for ten years while attending undergrad and optometry school, it is a great blessing to have the wonderful opportunity to return and raise his family here.

Dr. Watt graduated from Brigham Young University with a BS in Exercise Science. He attended optometry school at Southern College of Optometry in Memphis, Tennessee, where he was actively involved in the school programs, intramural sports and activities. He was the president of the Sports Vision Club, the Colorado State Club, and the National Student Liaison for OEPF. Dr. Watt did his externships at Child and Family Eyecare in Wichita, Kansas, and the Medical Group Hospital at Air Force Academy.